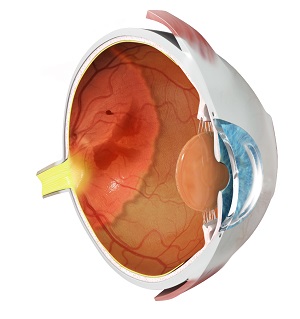 What is Retinopathy of Prematurity?

Retinopathy of prematurity (ROP) is an eye disorder that primarily affects the eyes of premature babies. The condition usually develops in both eyes and is one of the most common causes of vision loss in childhood.

The smaller the baby, the more likely it is to develop ROP. The retina (light receptive layer of tissue at the back of the eye) develops very slowly in the fetus and the complete growth of blood vessels is seen only at the end of gestation. The retina requires a constant supply of oxygen in order to function properly. If the baby is born preterm, incomplete growth of blood vessels can cause the retina to not receive enough oxygen, triggering the abnormal development of new blood vessels. These abnormal blood vessels are fragile and can leak or bleed leading to scarring of the retina. When the scars shrink, they can pull the retina out of position causing a retinal detachment. Retinal detachment leads to a moderate or severe loss of vision. If not treated at the correct time, ROP can cause permanent loss of vision.

The most important risk factors for ROP are premature birth (before 32 weeks gestation) and low birth weight (less than 1500g). The other probable contributing factors include anemia, breathing problems, poor weight gain, and the need for blood transfusion. Infants do not develop any external symptoms unless the disease has progressed to retinal detachments.

ROP is classified into different stages based on the severity of the disorder. Five stages are observed that range from mild (stage 1) to severe (stage V).

To diagnose ROP in a premature and low birth weight baby, eye drops are instilled into the infant's eyes to dilate the pupil for viewing the retina. The infant's eyes are screened weekly or every two weeks until 36 weeks to check for abnormal developments in the retina. In cases where the baby shows signs of ROP, the screenings are continued even after 40 weeks.

Treatment for Retinopathy of Prematurity

Treatment depends on the severity of retinopathy. Most infants have mild ROP (stage I and stage II) and will not require any treatment. However, severe forms of retinopathy require treatment, as babies with ROP are at high risk for developing certain eye disorders such as abnormal eye movements, near-sightedness, glaucoma, crossed eyes and other eye problems. Treatment options include: 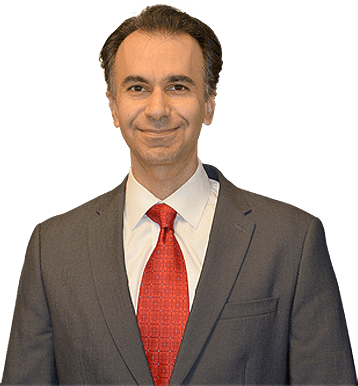